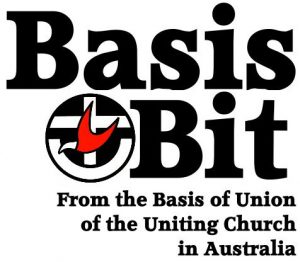 The Uniting Church enters into unity with the Church throughout the ages by its use of the confessions known as the Apostles’ Creed and the Nicene Creed. The Uniting Church receives these as authoritative statements of the Catholic Faith, framed in the language of their day and used by Christians in many days, to declare and to guard the right understanding of that faith. The Uniting Church commits its ministers and instructors to careful study of these creeds and to the discipline of interpreting their teaching in a later age. It commends to ministers and congregations their use for instruction in the faith, and their use in worship as acts of allegiance to the Holy Trinity.