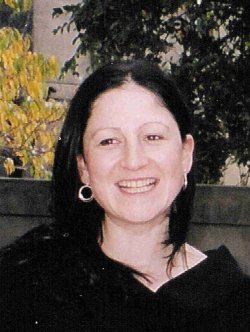 Anna Meszaros is a third generation sculptor. Her late grandfather, Andor Meszaros began as a sculptor in Hungary and migrated to Australia in 1939. He taught sculpture to the second of his two sons, Michael, from a very young age, and Michael has been a professional sculptor for the last forty years. Anna used to go to Michael’s studio as a child and play, always with the offer from Michael that he would teach her sculpture just as his father had done for him. As she got older she learnt more and more and, after completing an honours degree in philosophy at Latrobe University, took Michael up on his apprentice-type offer. There she concentrated on learning the art of medallion design, low bas-relief modelling, plaster casting, and the finishing and mounting of bronzes. Medallic art is an ideal place to start in terms of composition and design as well as modelling since one already has the finite space and shape of the circle and the challenge is to use those elements as part of the design.

This was very good preparation for Anna as she soon landed a major commission for the Melbourne city churches in which she had to design and create her depiction of the fourteen stations of the cross. A happy coincidence was that although not a religious man her grandfather during his lifetime had completed his own set of stations of the cross in medallic form. This set is in collections all over the world, including Canterbury Cathedral and the British Museum. Over a year, with her uncle holding her hand, Anna managed to accomplish this enormous task. Her education in philosophy proved to be extremely useful in that to form an idea and then express it in visual terms requires much mental discipline and logic. The study of philosophy is packed full of both of these elements.

Anna’s latest completed commission is outside the North Melbourne church, Mark the Evangelist. This is the second major religious work she has done. It is not only a privilege to be given the task of expressing other people’s beliefs, but also when the concept involved so much symbolism, emotion and passion it really was an artist’s ideal challenge. One has such a wealth of material upon which to form ideas.

Anna continues to do her medallion work over a wide range of subject matter, including personal projects, commissioned portraits, and award medals. As well she is branching out into the more decorative side of relief sculpture including wall hangings for indoor decoration and for gardens, and architectural features. She is also currently learning to braze and weld so that she can design and make fabricated pieces as bronze casting is very expensive and learning to handle new mediums always leads to new and different creations.